Today on Eve’s Chick Lit Reviews, I am glad to be interviewing Dana Bate about her book, The Stall of Second Chances! Thank you for answering my questions and have a great day, Dana! 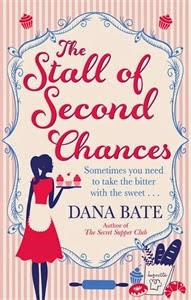 Sydney Strauss is obsessed with food. Not just with eating it – though she loves that too – but with writing about it as an aspiring cookery reporter.

But food journalism jobs are more coveted than cupcakes, and so Sydney is stuck working for one of TV’s biggest egomaniacs – until she’s left scrambling for shifts at the local farmers’ market.

Selling muffins at the Wild Yeast Bakery is hardly going to make her the next Nigella. But soon Sydney is writing the market’s weekly newsletter, and her quirky stories gain attention from a prominent food columnist. After years of being left on the shelf, she’s even dating again. And then Sydney gets a shot at the story, one that could either make her career or burn it to a cinder – along with her relationship and her reputation…

Hi, Dana! Thanks for answering my questions!

1. Could you tell us more about your new book, The Stall of Second Chances?

The story centers on Sydney Strauss, a 26-year-old wannabe food writer whose life, for various reasons, has gotten off track. Instead of penning articles about bread baking and organic farming, she is working for one of TV’s biggest egomaniacs, cleaning up his messes. And instead of planning a wedding with her high school sweetheart, she is single and hasn’t had a date in years. Then, through a few serendipitous turns – including a job loss, a new love interest, and a part-time job at a farmers’ market – she gets a shot at the career she’s always wanted. But the opportunity comes at a price, and she finds herself chasing a story that could either make her career or ruin it – along with her relationship and reputation.

A few things. First, I became interested in the idea that, in the Internet era, your past can live on the web forever. When you Google someone – whether it’s a potential date or a job candidate – the worst thing that person has ever done can be the first thing you see. That got me thinking about second chances and who deserves them. I also spent some time working at a farmers’ market while writing my first book,The Secret Supper Club, and I realized what a fantastic setting that would be for a story. Lots of food, crazy characters, interesting dynamics – the perfect ingredients for a story backdrop!

Honestly? I can’t imagine doing anything but writing. I was a journalist before this, and I think any job I had would always involve writing in some way. That said, I majored in molecular biophysics and biochemistry in college, so if I’d made a few different turns in life, maybe I’d be a scientist!

Just one? But I love so many! And the more I read, the more I add to my “favourites” list. Among my favourite authors: Nick Hornby, Jennifer Weiner, Charles Dickens, Jojo Moyes, Jonathan Tropper, Sophie Kinsella, Richard Russo, and Anne Tyler. The list could go on for a while, so I’ll stop there.

5. Do you have a favourite place to go to for inspirations?

I don’t have a place so much as I have a mental state. The best ideas have come to me when I can completely zone out and let my imagination wander. Whether that’s on a walk in the park or in the kitchen while I whip up a batch of cookies, I need unencumbered “think time” that doesn’t involve worrying about a messy house, a book deadline, or a crying toddler. These days, finding that time can be a rarity, but I try my best!

6. Just a random question, how important are cupcakes and desserts to you?

VERY IMPORTANT. Like, so important that I just had to take a deep, calming breath because the synapses in my brain are firing like crazy at the mere mention of dessert. Cakes, cupcakes, cookies, tarts, pies, crumbles – I love them all. I plan most of my vacations around bakery visits (not really…butkind of). I know there’s a lot of talk lately about sugar being evil, etcetcetc, but here’s the thing: Life is short, and there is no prize at the end. I’m not saying eat 25 cupcakes every day, but indulging in an occasional treat is one of life’s simple pleasures. I can’t imagine life without dessert.

7. Lastly, what are you working on now? Tell us more about it?

I just submitted the revisions for my third book, Too Many Cooks, which comes out in the UK in June! I am so excited. I think it might be my best book yet. It’s about an American cookbook ghostwriter who moves to London to work on a cookbook for a famous Hollywood actress, but finds the opportunity isn’t all it seems… Stay tuned! 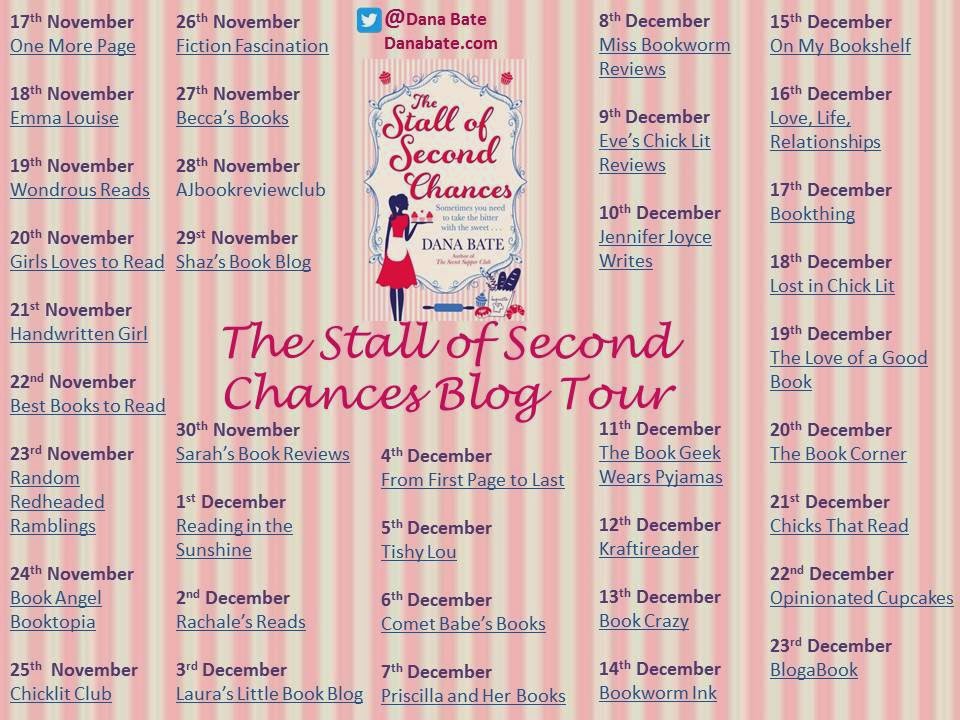