I am so thrilled to be a part of the blog tour for Bree Darcy's debut novel, Don't Mention the Rock Star! Scroll down to read about Bree's memorable concerts!

Everyone remembers their first time – attending a rock concert, that is. Mine was seeing a legendary Aussie band called Australian Crawl when I was fourteen. In those days there was no buying your tickets over the internet. True dedicated fans had to camp outside the ticket booth overnight to secure the best spots. But, on the plus side, those were also the days you didn’t have to worry about someone blocking your view with their mobile phone while they recorded a shaky video that would go on to garner a grand total of five views on YouTube.

Over the years there have been numerous memorable concert moments, including …

Without a shadow of a doubt, it had to be the time I was second row at a music festival to see Green Day, my all-time favourite band. My non-fan of a husband, who had reluctantly come along with me, had been warned about the dangers of stepping into a Green Day mosh pit. But, disguised in one of my band T-shirts, no one figured out he was an imposter and didn’t know his Dookie from his American Idiot. He amused himself taking photos all night – including one of the massive sign besides the stage that said “Enter Pit at Own Risk’ - and later impressed his younger work colleagues with his tale of the time he survived four hours amid a frenetic punk-rock crowd.

Picture it: It’s 1983 and your favourite band – nay your obsession and reason for living - announces a concert in your hometown.  You and your best friend have waited for this very moment your whole lives – well since first clapping eyes on the boys of Duran Duran in their Planet Earth video two years earlier. But your mother says you can only go IF your older sister accompanies you – and the concert is the night before her final school exam. So sis says there’s no way she’s trading her French revision for standing in a sea of hysterical teenyboppers. Even though you argue that she’ll get plenty of pronunciation practise saying Simon Le Bon’s surname over and over again. So as 8000 fans descend on the Entertainment Centre, you and your friend are left to mope in your bedrooms, sobbing whenever Save a Prayer comes on the radio.

Cut to three decades later: That band I never got to see in their heyday  (indeed if anyone ever asked me what my biggest regret in life was, I would answer ‘missing Duran Duran’s Sing Blue Silver tour’ while glaring at my mother and sister) were COMING BACK TO TOWN. A bit older, a lot wrinklier and minus one band member. So best friend and I tootle off to the winery where the gig is being held. Instead of a sea of hysterical teenyboppers, we find ourselves in a mass of tipsy middle-aged women reliving their own heyday. But we finally got to see our teen idols. In the flesh. At last! And it was tres magnifique!

Because of my traumatic experience missing that Duran Duran concert, I vowed I would never, ever do the same thing to my own children. So when my tween daughter announced her best friend could only go to the Justin Bieber concert if accompanied by a responsible adult, I volunteered. Talk about taking a hit for the team!! You’ve all seen those photos of traumatised parents at Justin Bieber and One Direction concerts, right?! In fact that night inspired the part in Don’t Mention the Rock Star where Kellie has to accompany her daughter and best friend to the concert of teen sensation Kris Carson. Despite my eardrums taking a beating from high-pitched vocals and screaming girls, it was worth it when, on the way home, the friend exclaimed it was the best concert of her life (which was not actually saying a lot since the only other group she’d seen live was the Wiggles). But now, even years later, she is still a firm Belieber.  My daughter, however, has long moved on from thinking JB is all that but is still a regular concertgoer. As much as possible I try not to say no but I mean really - how many 5 Seconds of Summer concerts does one need to see in one’s lifetime?

I do regret never seeing INXS live. You think you’ll get around to it one day – never for one second thinking that Michael Hutchence wasn’t going to be around forever. I also wished Madonna had brought her Blond Ambition tour Down Under back in 1990. I used to do aerobics to a videotape of that concert. And I saw Queen last year – Adam Lambert was fantastic – but being in a stadium with Freddie Mercury at full throttle would have been brilliant.

I am heading along to see Ed Sheeran for a stripped-back arena show with my daughter, who has already seen him perform several times. He is such an amazing songwriter (Thinking Out Loud was one of my favourite songs of last year) and a truly soulful performer. It’ll be miles more enjoyable than the Biebs, for sure. 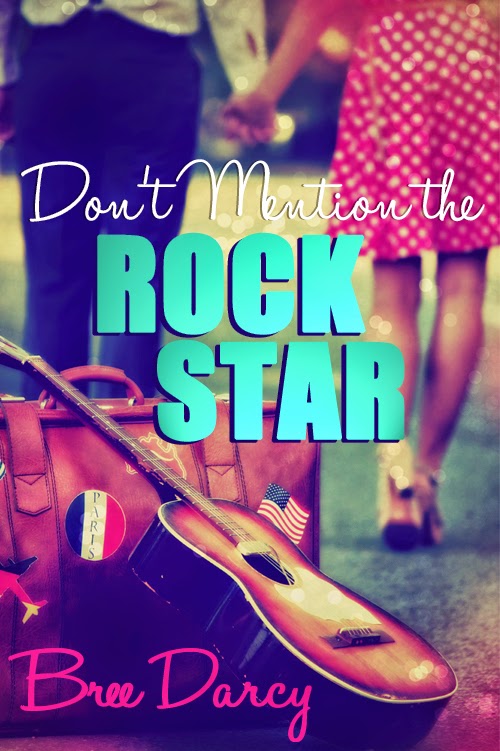 They fell in love in an instant … so why have they spent a lifetime apart?

As a teenager Kellie dated an American boy but circumstances meant they went their separate ways. Now he’s back and she’s so tempted to see him again. But two decades have passed and they are both married with children.

And the last thing a celebrity reporter like her needs is the world finding out about her past relationship with a rock star. Especially as Kellie’s husband doesn’t even know she once dated AJ Dangerfield, lead singer of legendary band Danger Game. And she has no intention of him finding out. EVER.

As Kellie deals with a demanding boss, a bullied son, an infuriating mother-in-law and a best friend who won’t act her age, she finds herself playing a dangerous game. What will happen if her two worlds collide? And is it possible that first love never fades? 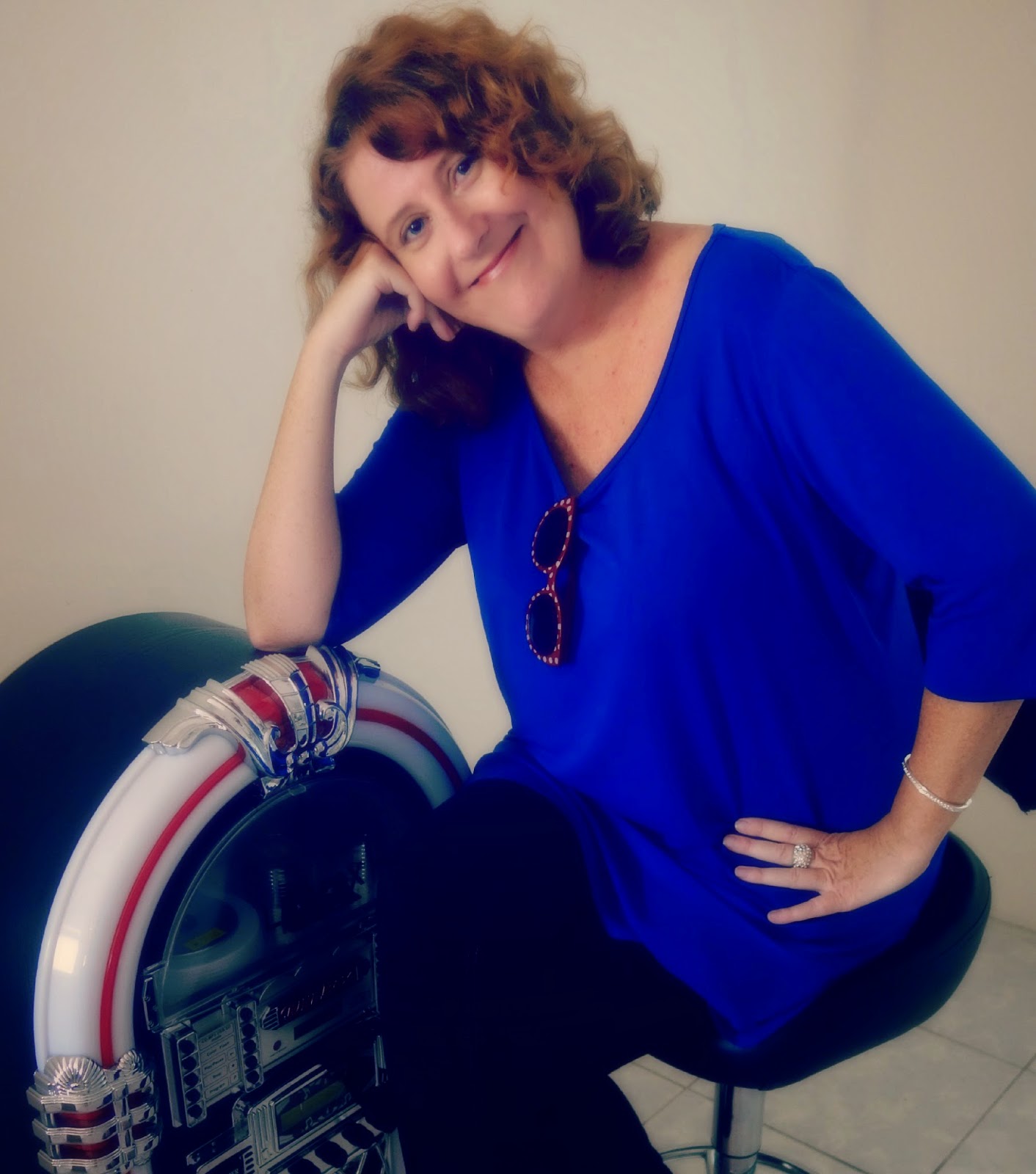 Bree Darcy is the pseudonym of Australian journalist Stephanie Pegler. She is the publisher of several popular websites for readers and authors, including Chicklit Club, Connect and We Heart Writing, and also runs the annual International Chick Lit Month event. She worked as a newspaper sub-editor in Perth for about twenty years, and is married with three children. Don’t Mention the Rock Star is her debut novel. See breedarcy.com for more details.

Thanks for reading! Have a great day, all! x
Labels: 2015 Blog Tour Bree Darcy Guest Post