Book Review : The Year I Met You by Cecelia Ahern 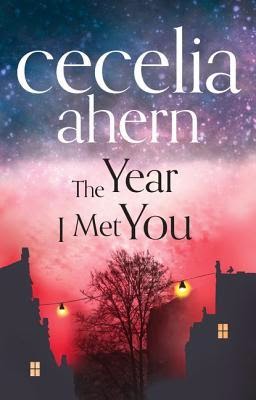 Title : The Year I Met You

Source : Sent by publisher (Thanks!)

Jasmine loves two things: her sister and her work. And when her work is taken away she has no idea who she is.

Matt loves two things: his family and the booze. Without them, he hits rock bottom.

One New Year’s Eve, two people’s paths collide. Both have time on their hands; both are at a crossroads. But as the year unfolds, through moonlit nights and suburban days, an unlikely friendship slowly starts to blossom.

Sometimes you have to stop still in order to move on…

I became a huge fan of Cecelia Ahern after reading How to Fall in Love and it’s my Book of 2013! When I found out that Cecelia has a new book (her eleventh!) out this year, I started going on fan girl mode. The Year I Met You became the most important book in my want to read list! The cover is gorgeous, the colours are cleverly combined and there is a very romantic touch about it.

The title screamed at me to read it when it arrived. The title made a lasting impression on me and I started on it right away. I read the blurb and loved the idea of this book and thought it might be another lovey-dovey fairy tale. Eep, I read it in less than 24 hours and it totally blew me away.

The Year I Met You follows the lives of two neighbours, Jasmine and Matt, two very different individuals.  To Jasmine, Heather is the most important person in her world and she loves her job a lot. On the other hand, what Matt cares about most is his family and alcohol. When job is taken away from Jasmine and Matt’s family leaves him, both of them face the same horrible storm in their lives. Both of them are forced to slow down and rethink their lives. The year they walk into each other’s lives, the year their paths entwined.

I must admit, I expected The Year I Met You to be about two people falling in love (you know like in How to Fall in Love?). This book isn’t about love, but life in general where love is just a small part of it. I really liked the gardening theme centred in the book and the book is divided according to the seasons with their meanings not only relating to gardening, plants but also life. The book covers major issues, family struggles, Down Syndrome and alcoholism. On Down Syndrome, there isn’t much medical info but more on support which I found very helpful. The author has clearly researched on this topic before writing about it as Heather is portrayed as someone really independent. Such small detail gives so much hope to readers and certainly shows that sickness isn’t an obstacle in living life to the fullest. I adored the supporting characters that surround Jasmine like the planetary rings around Saturn, providing friendship and motivation. They gave the story the right amount of humour that I couldn’t ignore.

The plot was flawless and I had to keep reading. This story isn’t a fast paced love story; it’s definitely more than that. It’s a book about friendship and neighbourly love. I read two books by Cecelia and each story is different. Her writing has the power to draw me in completely. This book is my third and to me, it’s different and rather slow. I felt relaxed and comforted, a perfect book for fall. The line from the blurb - “Sometimes you have to stop still in order to move on...” really caught my attention and I truly saw the role of gardening in this story. The way this story ended was light and that’s such a great balance to the entire story.

This book is much more than a magical love story; it is rather a story about the curves in life to discover a new beginning on the other side. Stopping isn’t a negative thing but a slow, resting moment to gain control own life, meanwhile appreciating the little things taken for granted.

The year’s must-read and this book is the proof that Cecelia is not just a Fairytale Queen. The Year I Met You is a terribly breathtaking, unprecedented book by Cecelia Ahern and though it’s more realistic and life-focused, the classic Cecelia Magic Dust stays.
Labels: 2014 Book Review Cecelia Ahern