Today on Eve’s Chick Lit Reviews, I am glad to be interviewing Anna Bell about her book, Don't Tell the Boss which is the fabulous sequel to ‘Don’t Tell the Groom’! Thank you for answering my questions and have a great day, Anna! 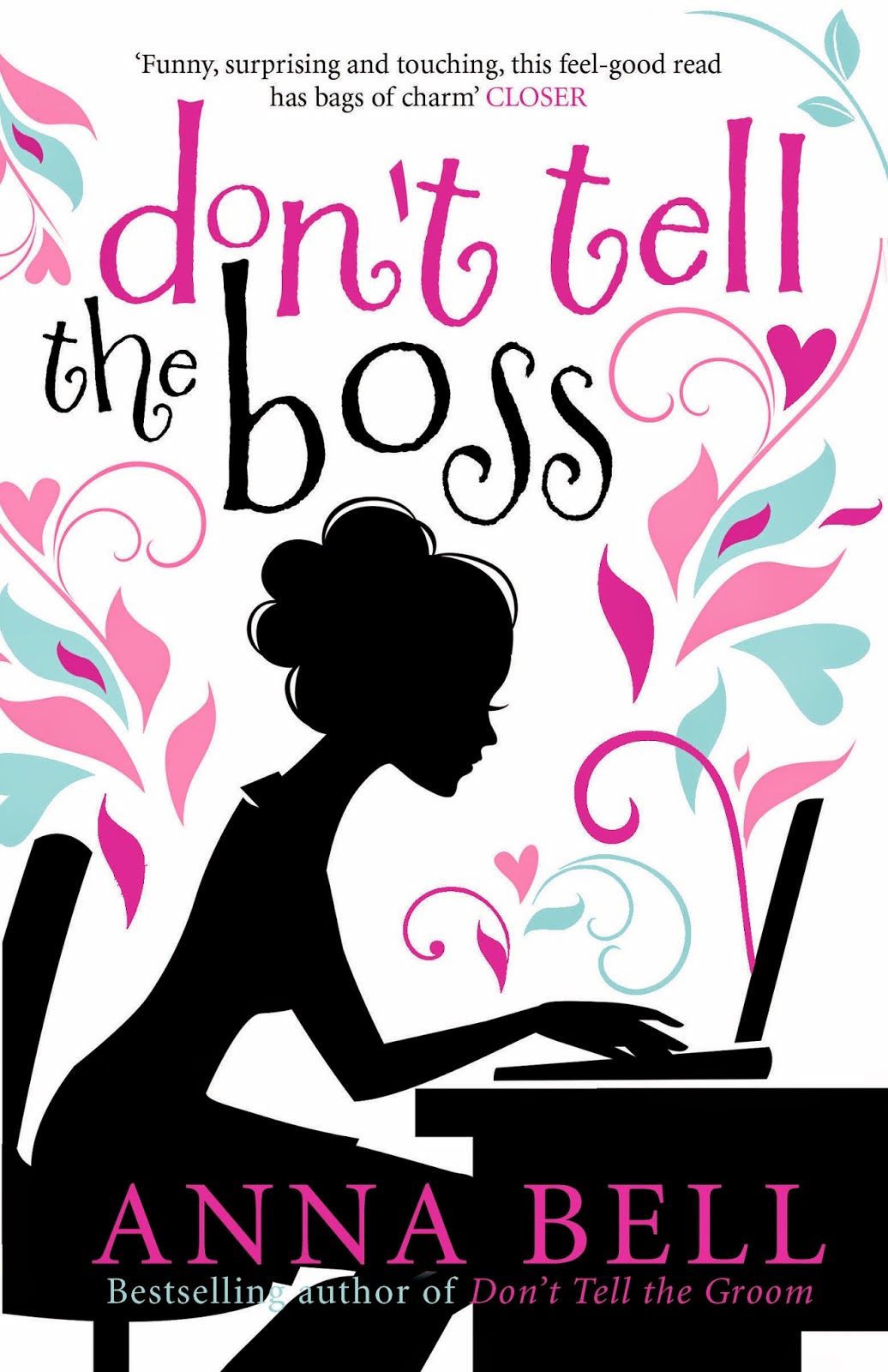 When newlywed Penny turns her hand to some casual wedding planning she only wants to help other women afford the big day of their dreams.But taming bridezillas turns out to be a full-time occupation, and what began as a hobby becomes a personal and professional nightmare. Soon Penny is struggling to keep her day job and is finding it hard to prevent her own marriage from collapsing under the strain: tired, stressed and knee-deep in ivory satin, is Penny’s life and livelihood hanging by a thread?

1. How would you describe your new book, Don’t Tell the Boss?

It’s the sequel to ‘Don’t Tell the Groom’, and it follows the adventures of newley-wed Penny who’s found herself planning weddings in her spare time. With a new boss dangling a promotion in front of her, a bridezilla with almost constant wedding emergencies, a new husband, and a gambling addict to mentor, she soon realises that she might have taken on too much. With her marriage struggling and her job under threat, Penny’s got to get her priorities straight. It’s a light-hearted feel good read, perfect for the summer!

2. What is your writing process, do you sit there and let it flow?

I like to have a decent plan when I start, I hate sitting in front of a blank screen without knowing the direction it’s heading in. That said, I don’t plan it in too much detail at chapter level, so when I sit down to write, I like to see where the words take me.

3. What would you be doing now if you weren’t an author?

Up until two years ago I was knee deep in guns and military equipment... I used to be a curator in a military museum - it was about as far from being a chick lit author as you could get! I used to love creating exhibitions and chatting to people who donated their precious objects to the museum. I’m just hoping that one day I can use all my random military knowledge in a book!

4. Which book do you wish you had written?
Harry Potter. Not because I’d love to have J.K Rowlings’ millions (although they’d be nice) but I find the whole wizarding world that she created so clever. It’s one of the few sets of books I’ve read more than once, and every time I’m amazed at the world she’s created and the twists and turns. I’d love to be able to escape their in my imagination if I was the author.

5. Three things that you couldn’t live without?

My laptop - I seem to spend a lot of my life behind it and my Mac is almost like an old friend. My Kindle - I’m based in France most of the year now, and so it’s harder to pop out and get the next book to read, so for me I still can keep up to date with the latest must-reads from the comfort of my living room. I love knowing that I’ll always have something to read. And um... hair wax. I’m one of the least vain people I know; I barely brush my hair and can’t remember the last time I put make-up on, yet I can’t stand my curls being frizzy and unruly.

6. How do you feel when a reader tells you that she loves your writing?

I usually get a bit embarrassed, especially if it’s in person, and then I beam with pride for the rest of the day (or sometimes the week). It’s a lovely thing to be told and it spurs you on when you’re in a bad writing place as you know that people want to read what you’re going to write.

7. This is a fun question! If you were a wedding dress, what would your name be?
Wedding dresses have names? Wow, that I didn’t know. In my head I’m imagining that they take on Native American Indian names like ‘Daydreams with Words.’ Having Googled them, I see that they’re actually girls names. Whilst I think a younger me would have been a Dora (like the explorer) or Lola (as in showgirl - I used to love going out dancing), but now I’m probably like a Nora (happiest curled up on the sofa with a cup of tea).

8. Lastly, what are you working on now? Tell us more about it?
I’m currently writing the third, and final instalment, of the ‘Don’t Tell’ series. I’m back writing about Penny, but there would be a major spoiler alert if I told you what muddle she’s got herself into this time. There’s the usual high jinx and web of lies that Penny’s told - with hopefully a happy final ending to the series.
Labels: 2014 Anna Bell Author Interview