Blog Tour : You're The One That I Want by Giovanna Fletcher - End of Tour Exclusive

I am so delighted to be a part of the blog tour for Giovanna Fletcher's new book, You're The One That I Want! Here's the end of tour exclusive from Gi! It is a very lovely post about her favourite summer! 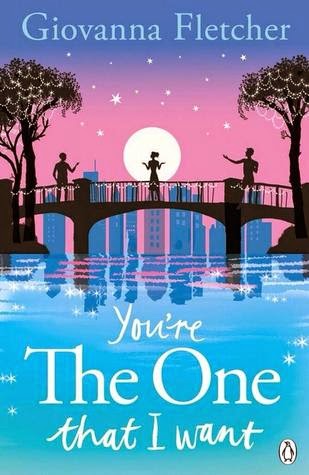 Maddy, dressed in white, stands at the back of the church. At the end of the aisle is Rob - the man she's about to marry. Next to Rob is Ben - best man and the best friend any two people ever had.

And that's the problem.

Because if it wasn't Rob waiting for her at the altar, there's a strong chance it would be Ben. Loyal and sensitive Ben has always kept his feelings to himself, but if he turned round and told Maddy she was making a mistake, would she listen? And would he be right?

Best friends since childhood, Maddy, Ben and Rob thought their bond was unbreakable. But love changes everything. Maddy has a choice to make but will she choose wisely? Her heart, and the hearts of the two best men she knows, depend on it...

As a child summer holidays usually meant one thing – going to a tiny little village in Italy and seeing my Nonna. I can remember when we deviated from this tradition and ended up going to Tenerife one year… it was a disaster. The hotel was awful (although we complained and swapped to somewhere posher), Mum and Dad tried to make us all eat boiled eggs for the first time (back then I thought they were the food of the devil) and I got sunburnt on the first day (I shamefully had to wear a t-shirt in the swimming-pool for the rest of the holiday). So, I guess I should talk about my many holidays up in the mountains in Valva, instead of dwelling on the misery that was Tenerife!

Over thirty years ago, Valva, the village my dad grew up in, was hit by an earthquake. It truly devastated the community, causing the majority of its inhabitants to live in temporary structures while their homes were rebuilt. Well, these things take time and it’s shocking to think that my Nonna has only been in her proper home for the last ten or so years - not that she ever seemed to complain.

To us, back then, Valva always seemed a little behind the times – they didn’t even have proper running water. Instead, each morning us kids would walk up the mountains (dodging the angry dog chained up at one of the farms), collect the water from the fresh water fountain as it cascaded down the mountain, and then carry it back down to Nonna’s. We liked being given this little task to do – it was only when we hit our teens and got lazier that we used to groan about it.

We used to go to the beach, a lot – even though it was a fair drive to reach Paestum. The three of us would be sat in the back, taking it in turns during the journey to blow up the latest plastic inflatable we’d persuaded our parents to buy. The best bit about beach days was always the brioche (with apricot jam) or sugared doughnut that we were allowed to eat for breakfast. It felt so naughty!

And then there were the days we went to the river or up to the higher mountains. Food, saucepans and blankets would be wedged into the car before heading off to a scenic spot. The grown ups would get the dinner on while us kids played games and then, once a feast had been gobbled down and homemade wine guzzled (yes, even I was allowed a glass with my dinner), everyone would lay on the blankets and snooze. The saucepan would be back on, and they’d be more food ready to be eaten, by the time we woke up again. The tricky thing about wilderness adventures would always be going to the loo – but I guess peeing by a tree is just part of the fun!

I know other kids went to Disney and all sorts of exotic destinations, but, on reflection, I’m thoroughly glad I experienced a yearly taster of where my dad grew up and part of the culture of our ancestors. Valva is a special place, and I can’t wait to take my children there – even though there is now running water, and the morning hike has been discarded.

Do check out the other participating blogs! Here's the gorgeous blog tour badge!