Book News : How We Met by Katy Regan 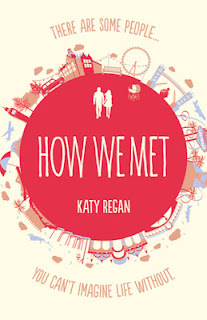 There are some people you can't imagine life without.

Liv Jenkins had been meticulously planning her ultimate to-do list - for, the outrageous to sensible - of everything she longed to do before her dreaded thirtieth birthday, but when tragedy struck she never got the chance...

Two years later, Liv's five closest friends have come together on the anniversary of her death and have made a pact: they will complete Liv's to-do list in tribute to her memory.

Over the next year, before what would've been Liv's thirtieth birthday, her friends set out to complete the tasks. But along the way deeply buried secrets, silent guilt, unrequited love and years of lies, rise to the surface rocking their friendships.

When they reach the end of Liv's list the final task shakes the group to their core and they realise that they must face their futures and the consequences of their pasts, and with Liv's help, love the lives that they have always dreamed of.

The blurb is so interesting, no? I want to read this badly as I love her way of writing. Really funny! This is definitely on my to-read list! How We Met, out in January 2013! Not very long, about two weeks from now?
Labels: 2013 Book News Katy Regan